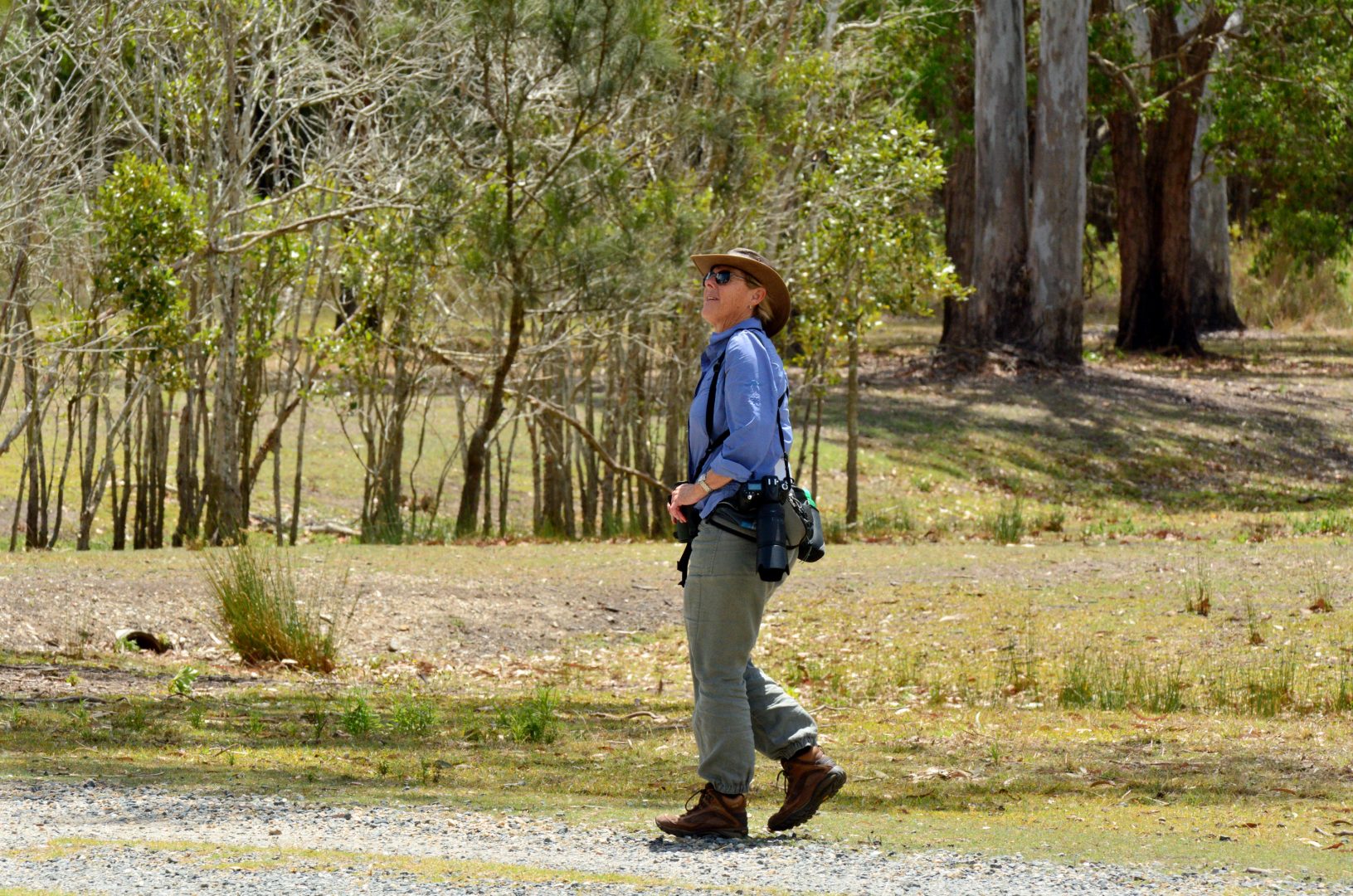 Somewhere between the beach bums and the seafood seekers on Virginia’s Eastern Shore, you’ll find another group of visitors drawn to one of the area’s more unique attractions: Birdwatching. Whether you’re an experienced birder or just a beginner, you’ll discover an impressive array of bird species in and around Cape Charles.

Why is the Eastern Shore a destination for birders? To find out, we chatted with Martina Coker of Birding Eastern Shore.

Cape Charles Main Street: What is so special about birding on the Eastern Shore?

Martina Coker: The Eastern Shore provides an exceptional location for birding, with its location on the Atlantic Flyway. Birds heading south on the fall migration funnel through the narrow peninsula, often hesitating prior to heading over the Chesapeake Bay. The resulting staging area allows birders a great opportunity to observe the birds as they wait to cross. There have been 439 bird species recorded on the Eastern Shore. Winter brings large numbers of waterfowl to the area. The spring migration is not as dramatic as the fall, but has a magic of its own, as birds return or pass through on the way to their summer homes.

CCMS: What are some of your favorite places around Cape Charles to look for birds?

MC: The large amount of conserved land on the Eastern Shore provides varied habitat for birds living in and moving through the peninsula. Visitors to Cape Charles will find many locations to bird, from the Chesapeake Bay Bridge-Tunnel at the southern tip of the peninsula to the Chincoteague National Wildlife Refuge near the Maryland border.

Twenty-six excellent birding locations are listed on the Birding Eastern Shore website. Each location has a description of birds and other wildlife seen at the location, along with details that make it easy to plan your visit.

There are usually nesting Ospreys on pilings in the harbor, providing a nice show while you dine at The Shanty. Other great locations nearby include:

The Village of Oyster

The hawkwatch at Kiptopeke State Park runs from September 1 through November 30 each year. Immense numbers of migrating raptors are counted by on-site biologists over the hawkwatch platform. Visitors are welcome to join the biologists as they document the migration and provide education for visitors.

The above locations are all in Northampton County, within 30 miles of Cape Charles. The Volgenau Virginia Coast Reserve’s 14 Barriers Islands also provide prime birding locations. There are several captains, who are also certified ecotour guides, who can take you to the islands including Eastern Shore Boat Tours LLC, Seaside Ecotours, and Broadwater Bay Ecotours. Kayaking provides another spectacular way to get close to birds in and around the extensive network of waterways on the shore. Virginia Water Trails provides good information to access kayak trails throughout the Eastern Shore.

Cape Charles and the surrounding area provide visitors with an incomparable birding experience. Birding trips can be enhanced by visits to restaurants such as The Shanty and The Cape Charles Brewing Company, and capped off with delicious ice cream at Brown Dog Ice Cream.